Fall is over and winter has come to Tallinn in Estonia.

In Estonia, in the fall, the days would get shorter by three minutes every day. It felt as if the world was being swallowed up in darkness day by day, and for me, my first experience in a snowy country, this was both a joy and a frightening experience. 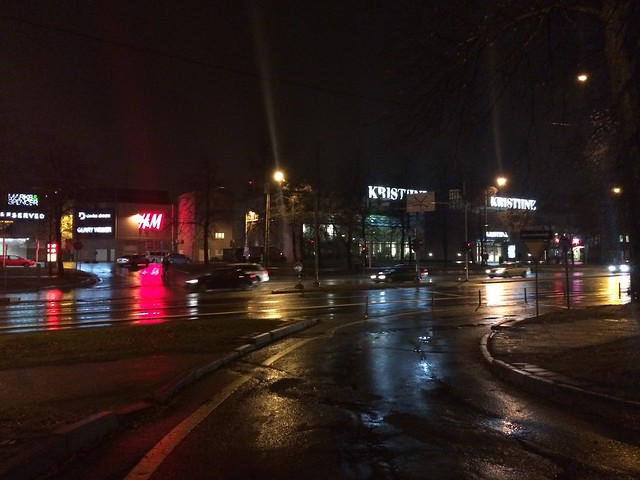 Even in the fall, the city is dark, but those people are so gentle, I wonder if some of the Estonians will become desperate and alcoholic in the winter. I thought.

In fact, alcoholism is a social problem in Estonia and the rest of Northern Europe and the Baltic states. I didn’t know much about alcoholism, but I thought to myself, “Well, maybe it’s the result of a sloppy person’s sloppy habits that led them to become an alcoholic. I even thought that someone who was a bit of an alcoholic is “just a drinker” .

But when a young man in Estonia actually told me with a serious look on his face, “My mother is an alcoholic…”, I came to know that alcoholism is a disease that comes from the body and mind.

So I revamped my thinking.

It is said that the reason why so many people in Estonia get alcoholism is because of the short amount of daylight. From the fall to the winter solstice, the days literally get shorter by 2-3 minutes every day. And, of course, the temperature drops more and more accordingly.

“Wouldn’t it get more depressing by the day if I went through the winter in a place like this?”

“How can they all stay sane and alive?”

With that in mind, we finally headed into winter.

Mid-winter in Estonia was ‘rather’ bright

:S <How come it’s brighter when there are fewer hours of daylight? What’s the logic behind this? Hey!

This is the logic. No, rather, the logic is later, and you can see it in the photos.

Here’s a picture of it! 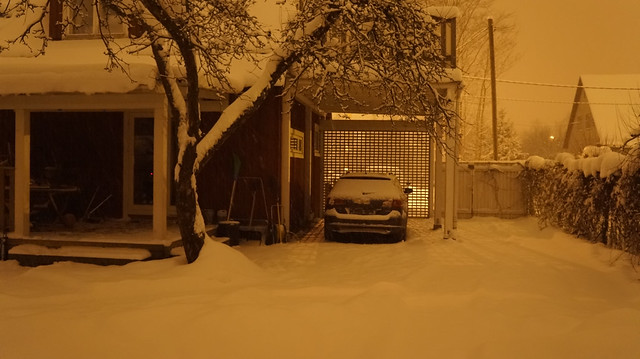 :S <That’s just a picture of snow… and that’s in the evening…

This is not a picture of the evening. This picture was taken just after 1am. Of course I didn’t adjust the image quality in any way. It is as bright as you can see.

It’s a reflection. The light from a distant streetlight is reflected diffusely in the snow and the whole area is brightened. The reason why the color looks like evening is because it is the color of the reflected light from the streetlights. 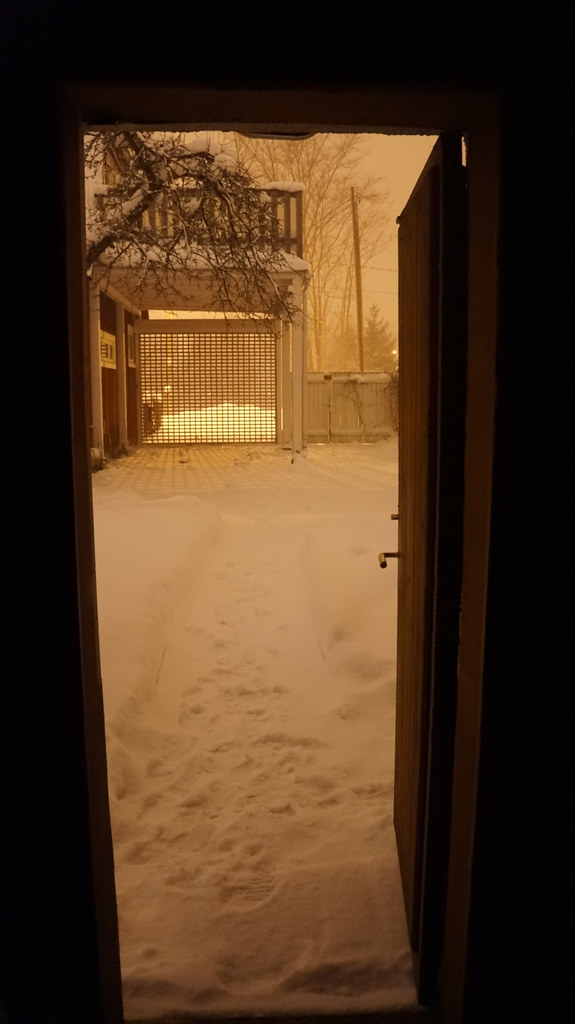 It’s 1 a.m. I know it sounds insistent, but it’s 1 a.m. The sun has been setting for 9 hours at this high latitude. 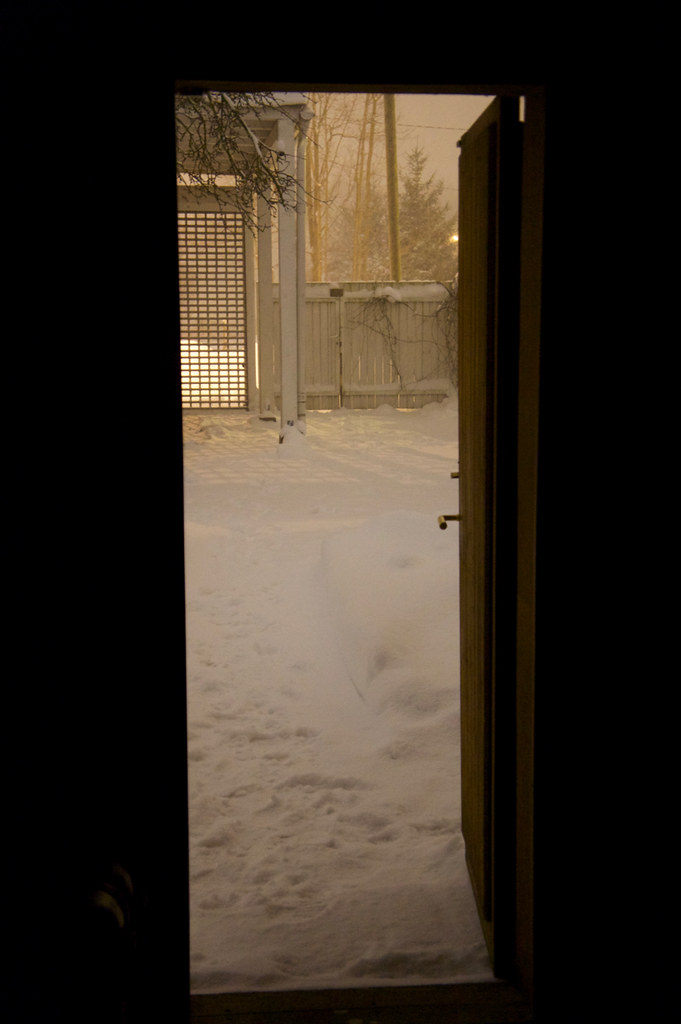 This is also visible in the daytime, but it’s 1 am. It’s too bright. 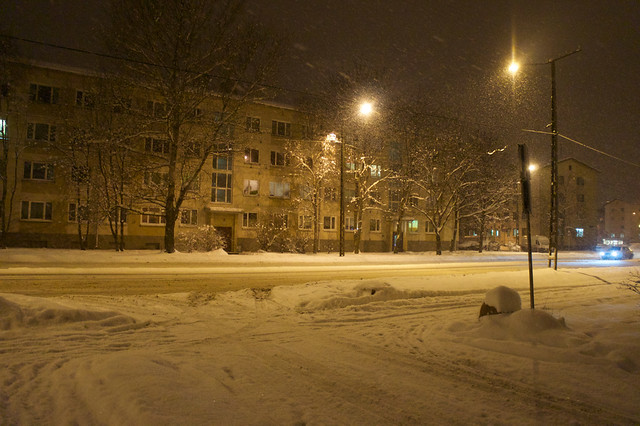 I walk around the city. The ground is pure white and reflects all the light, so it’s brighter than before the snowfall. 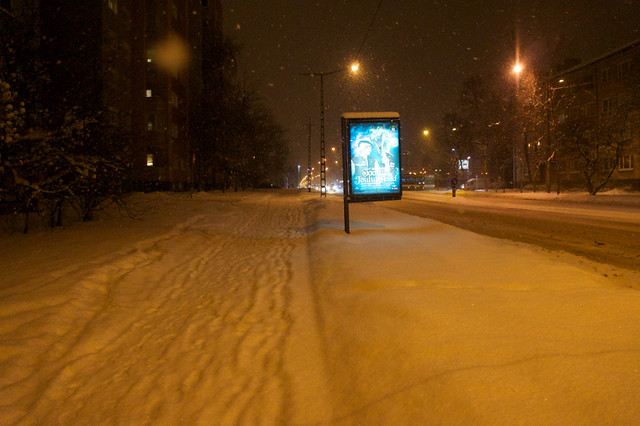 Bright. I didn’t realize how much brighter the city gets when it snows.

By the way, Kato, the author of this blog, is from Osaka, so I’ve rarely seen it snowed in. Maybe it’s like this if you go to colder areas in Japan.

But for me, this was a very, very fresh experience, and I thought that the daylight hours were getting shorter and shorter every day, and the atmosphere was becoming more and more lonely and gloomy, so I was happy to see the city light up.

Winters in Estonia are not dark.

In fact, Estonia’s charm comes into play when there’s a lot of snow on the ground.

When the snow piles up, even the red roofs in the old town of the World Heritage Site turn white.

That’s why the story was “Estonia’s autumn is dark, but its winter is very bright”.

That’s because of the white snow.