(This article was originally written in 2017.)

A sento is “the last place where you can easily feel the retro Showa era”. It is not a conscious attempt to create a Showa retro look, but rather, it exists as it was in the Showa era and is still in operation today. A sento is such a miraculous place.

I’m staying in Sapporo now. During my stay in Sapporo, I’m participating in a sento stamp rally that travels to 42 public baths in the city, and along the way, I met a reliable person who is trying hard to make the public baths in Sapporo more popular.

The website that Konishi launched in July 2017 is Sapporo Sento (www.sapporosento.com).

In this issue, we asked him about his enthusiasm and how he came to start his activity to enliven the public baths in Sapporo.

It was the middle of winter when I headed to Fuku-no-Yu. As a native of Osaka, it was snowing like crazy for me. 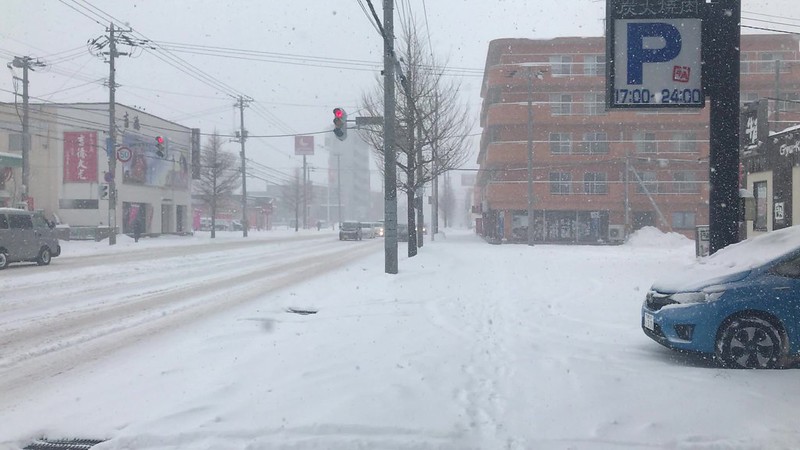 In spite of the snow, I managed to get to the interviewee, Fukunoyu. 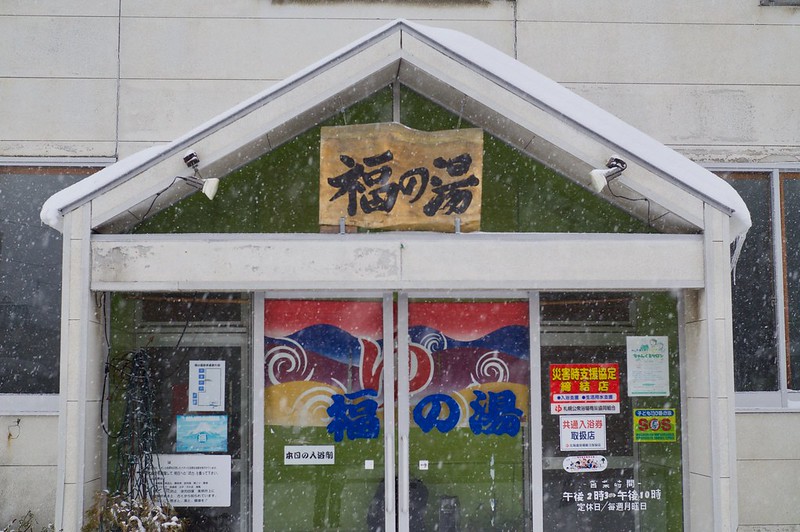 The entrance of Fuku no Yu

How did Mr. Konishi get started?

Kato：Thank you for this interview. I love public bathrooms too, so I wanted to do an interview with you. Let me ask you a quick question. You have a website, Sapporo Sento (www.sapporosento.com), which provides information about public bathrooms in Sapporo, right? How did you get started?

Mr. Konishi：Well, my family used to run a public bathhouse. I grew up with the public baths and the local customers, so I wanted to return the favor. Also, the number of public bathrooms was decreasing, and I felt sad about that as well. After I quit my job as a salaryman to run my own web development company, I was looking for something to do at the same time. At one point, I found out that there were many young people in Tokyo and other big cities in Japan who were organizing events and sending out information about public baths, and I realized that since I live in a public bathhouse, I myself should send out information about it.

Kato：It’s often difficult to see what’s right in front of your eyes. So to speak. Right?

Mr. Konishi：That’s right. I thought I would like to use the foothold here as a springboard to transmit, maintain and develop the culture of public bathing. I wanted to involve a lot of people in this project. Also, since many of the bathhouse owners are elderly, I thought it would be better for me, as a young person, to take on the role of communicating through the Internet. 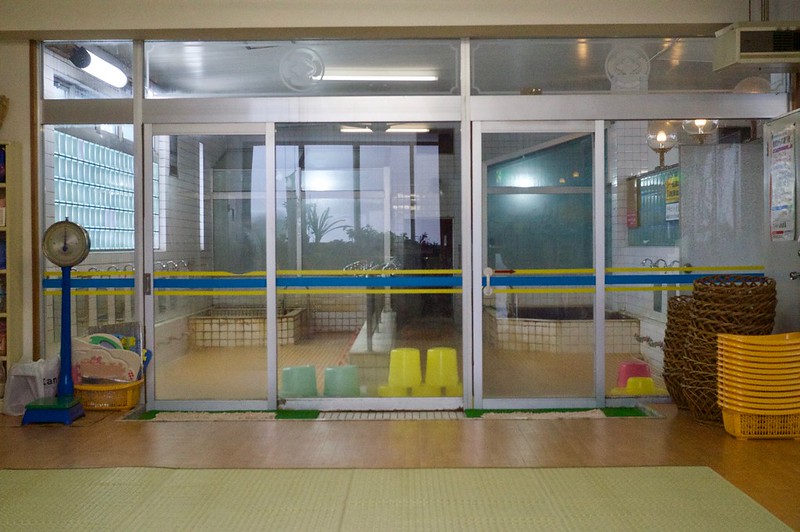 Kato：It’s pretty freshly made, isn’t it? Was that when you started working online?

Mr.Konishi：No. You’ve been using social networking sites since about 2013. I still do it. I am going to spread the information about Fuku-no-Yu on SNS and then spread it to all the public bathhouses in Sapporo on the Sapporo Sento website. 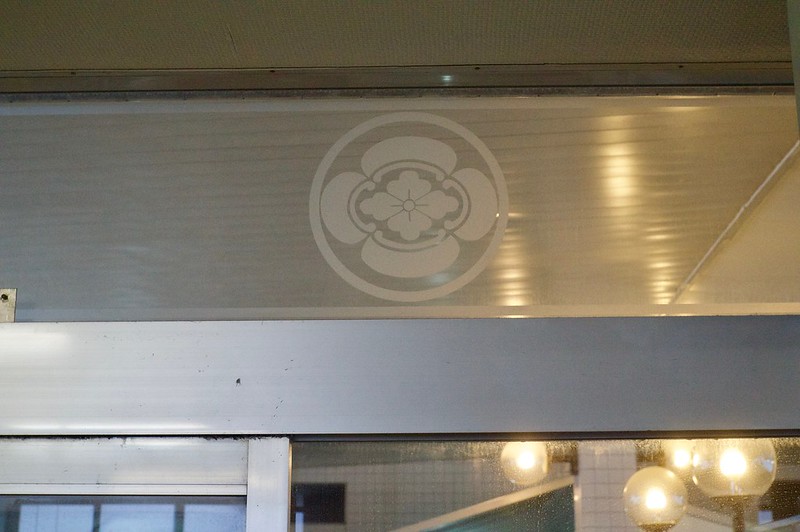 Kato：Can you tell me more about your activities so far?

Mr. Konishi：Yes, we hold various events in public baths in Sapporo, and one of the most exciting is the event where everyone listens to a gramophone.

Kato：A gramophone sounds like it would go well with a public bathhouse in terms of retrospect. How did you come up with the idea?

Mr. Konishi：One of the people who saw my message was a gramophone enthusiast, a young man in his thirties, and he thought that gramophones and the atmosphere of a public bathhouse would be a good match. 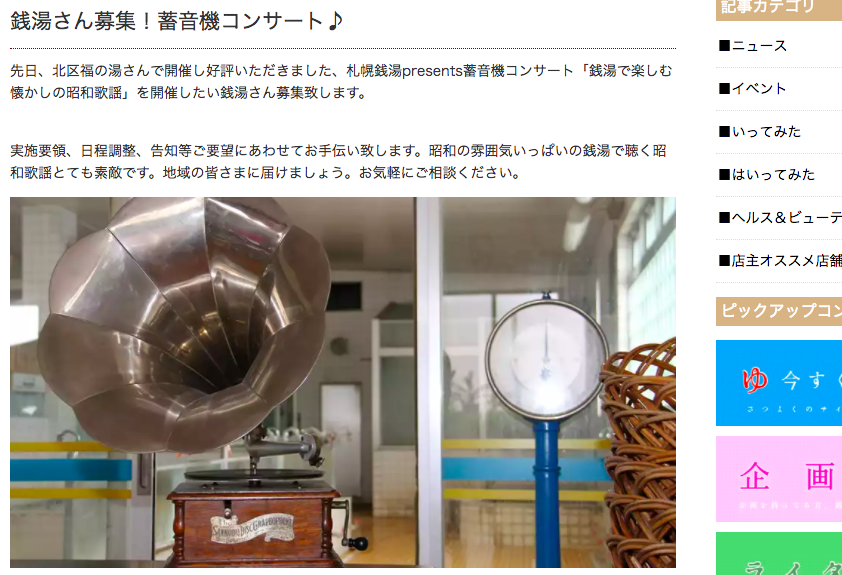 Kato：He’s in his thirties and a gramophone collector! What was the reaction of the visitors to the actual event?

Mr. Konishi：After all, it was a gramophone, so the songs were from before 1955.

Kato：Then the songs that are played are almost pre-war, or even new, right after the end of the war.

Kato：That’s good. The sound quality of the gramophone seems to fit the atmosphere of the bathhouse.

Mr. Konishi：The noisy sound of the gramophone was also quite nostalgic and nice.

Kato：Did the younger generation or something else come?

Mr. Konishi：A few of the younger generation came, too. They were like, “Show me the gramophone.” And so on and so forth.

Kato：That’s a good thing. If we think about the future, we want the younger generation to come to the public baths. 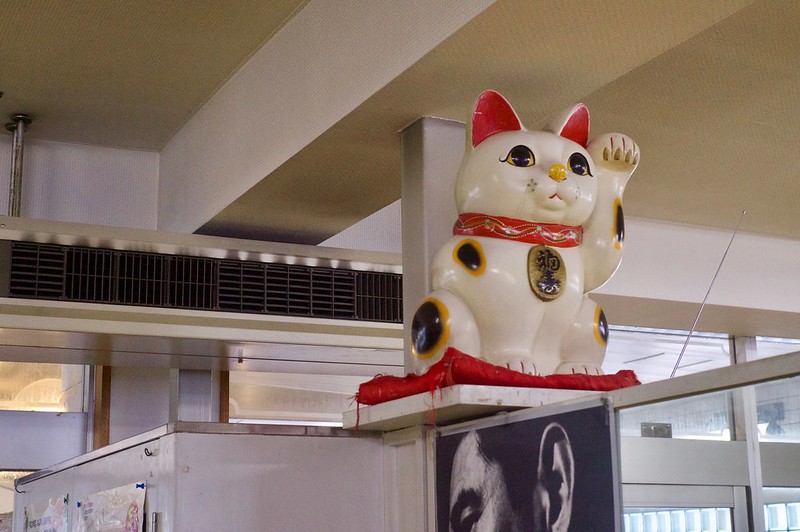 Kato：Also, I was surprised to see on your Facebook page that you had a campaign in conjunction with the famous RISING SUN ROCK FESTIVAL in Hokkaido.

Kato：I think it’s a crazy good combination. I hope it will be established all over Japan. 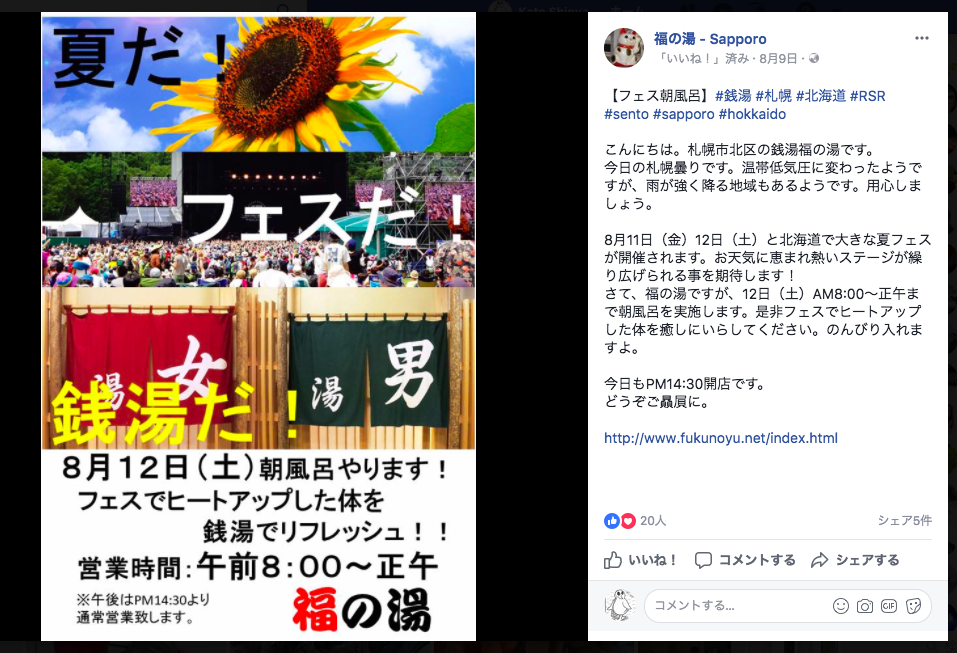 A good public bathhouse as a “venue”

Mr. Konishi：After the success of the gramophone event, I thought, “A public bathhouse is a good venue.”

Kato：That’s true. It’s great to watch an event in the unique size of this public bathhouse. Also, the venue itself is unique. You can see the steam coming out of the bathhouse next to the entertainment. 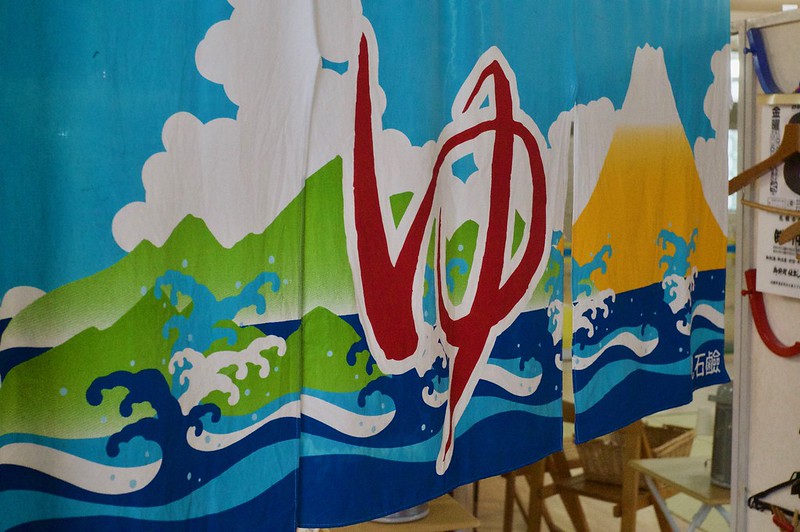 Mr. Konishi：Also, the bathhouse is located in a residential area, so it’s easy to get to as a venue, which is a good thing.

Kato：So it’s an easy place to get to.

Mr. Konishi：I also hope that people will get to know the public bathhouse through its role as an entertainment venue.

Kato：Speaking of which, I just remembered that there is a live music club in Kyoto called “Taku-Taku”, which is an old sake brewery that has been turned into a live music club, and in a good way, it’s small and wooden. And the stage is made of upside-down beer cases that have been piled up and used as is. When I listen to the music playing, the feeling is completely different from other live music clubs. It’s an overwhelmingly extraordinary feeling. The same kind of extraordinary feeling can be found in a public bathhouse event. I feel that you can combine a traditional public bathhouse with anything, but it will be innovative. It could be a live performance, DJ, e-sports, or anything else.

Mr. Konishi：That’s right. So I would like to use the Sapporo Sento website as a platform to not only provide information, but also to support events at public baths in Sapporo. 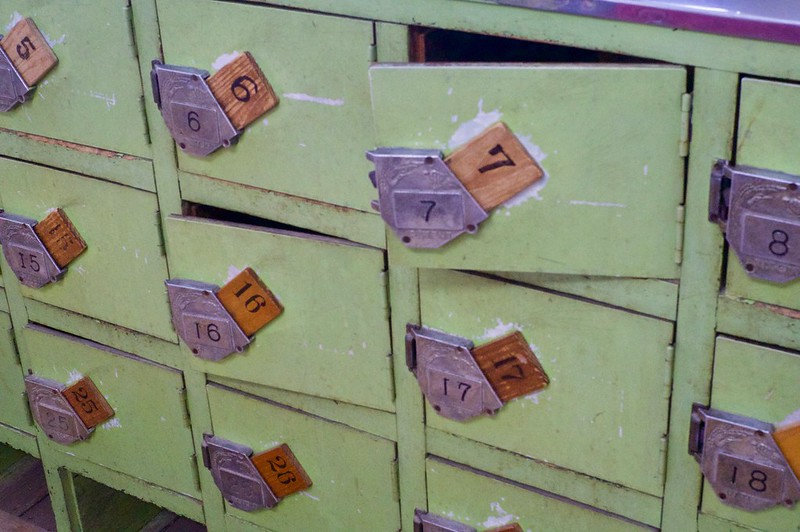 I also really like the wooden lock on this clog.

The Future of Sapporo Sento

Kato：What is the future of the Sapporo Sento?

Mr. Konishi：There is a limit to how much I can manage the Sapporo Sento on my own, so I have to ask for the support of volunteer writers and event organizers, as well as the help of the people around me to get the job done. I’m happy if we can get people with different interests and genres involved in the project, while keeping the bathhouse at the center of the project, to create a chemistry and create a virtuous cycle of communication.

Mr. Konishi：For example, I’d like to do a project that features photography, since some people are very good at it these days.

Kato：Since Sapporo is a big city, I think there are many people with various specialties living there. I think it would be interesting to collaborate with a public bathhouse in a genre that seems to be unrelated to it.

Mr. Konishi：That’s right. And even if the public bathrooms are going to have various genres of events and change their format, the core of bathing in a public bathhouse will not disappear. I think that’s interesting. I hope that the Sapporo Sento website will become the hub of all these activities.

Kato：Sapporo Sento becomes a mediator of chemical reactions. It could be interesting! 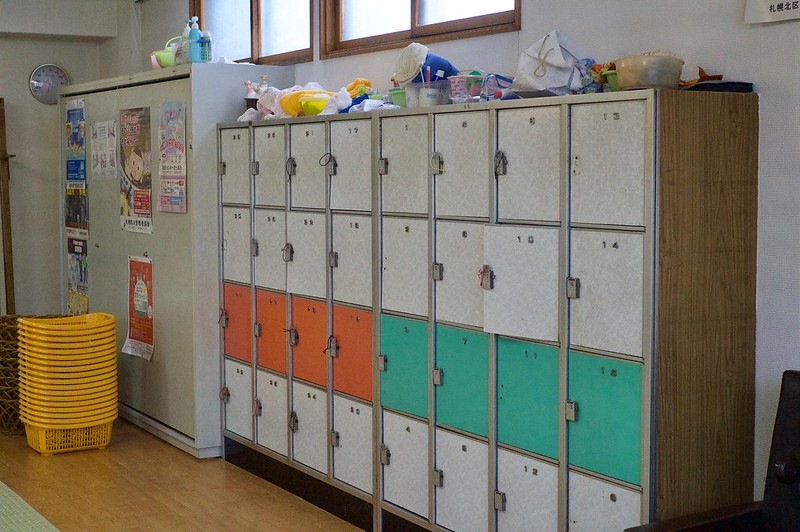 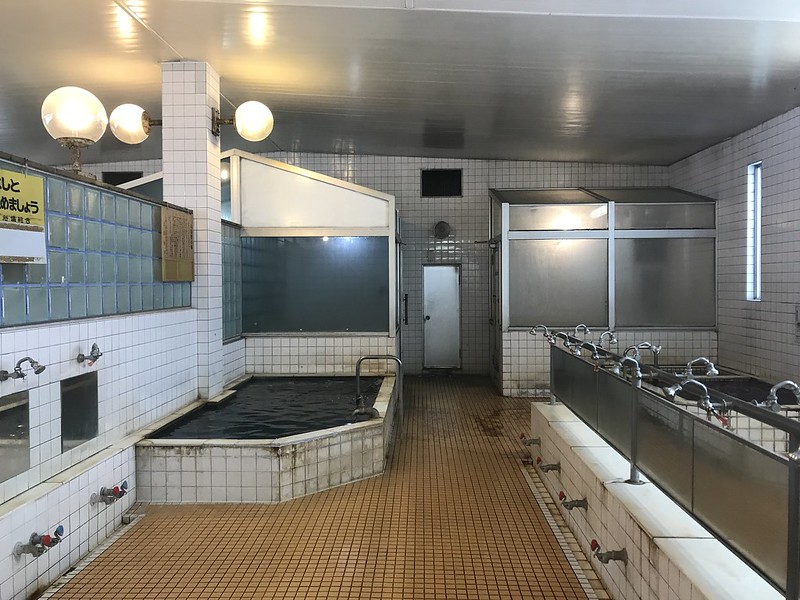 Steam is about to drift in the air 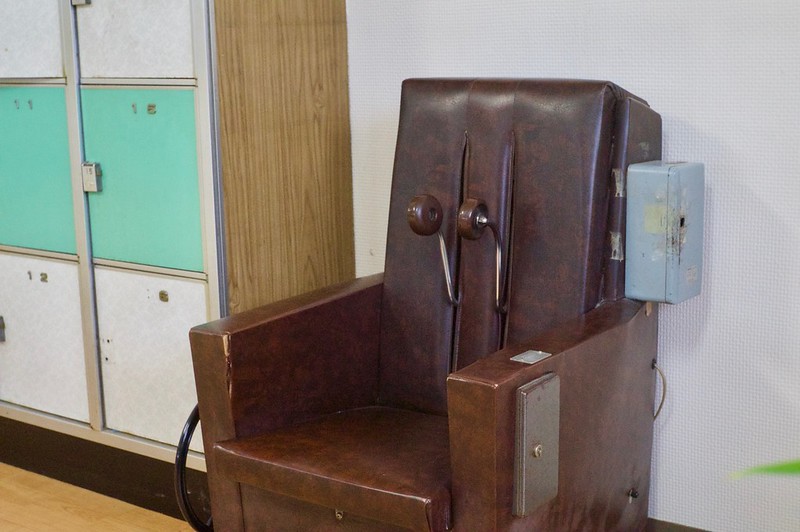 Speaking of public bathrooms, this is what you get. This is a square massage machine. A nostalgia for the Showa era that cannot be produced on purpose.

During the interview, the

I also recommended Mr. Konishi for the Monacoin payment in public bathrooms.

I thought it would be a great fit with the community nature of virtual currency and the current trends in the bathhouse industry.

After the interview, I also asked him further on the record about the future.

In fact, that’s when I was able to ask you about how the scale of your activities will grow quickly.

This time, I couldn’t write it down here because it was off the record, but I think everyone will be surprised to hear what Mr. Konishi has in store for us.

I’m sure everyone will be surprised to hear what Mr. Konishi has planned for the future.