Airbnb is a very convenient service, but very occasionally you can get into trouble. There are many forms of trouble, but in this article, I will write about the problems I encountered on my Airbnb in Berlin, Germany and how to solve them.

Please note that this story happened in March 2016; Airbnb’s terms and conditions and warranty handling may have changed as well. Laws seem to vary from region to region and state to state, so we recommend that you do your research before using Airbnb.

Most of the time, if it’s banned in an area, it won’t show up on the Airbnb site, so I don’t think it’s a particular concern for those staying there.

And yet, there are still so many places in the world where you can use Airbnb, so I hope you find it helpful.

The incident occurred during my third week in Berlin.

My first two weeks in Berlin went well because I was able to rent a room on Airbnb that was being renovated for very cheap. It was a very large room, about 16 tatami in size, even though it was an apartment complex, and the floors were all wood, so it was very relaxing and, in a way, like a Muji house. There was no light in the bedroom, but I was able to sleep at sunset and wake up at sunrise and lead a healthy life. 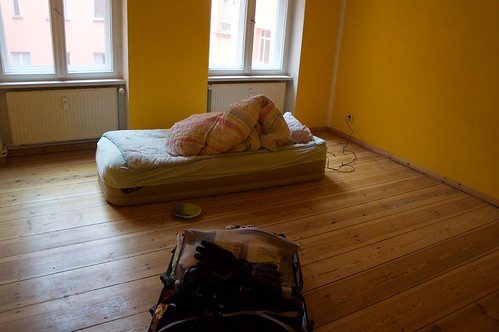 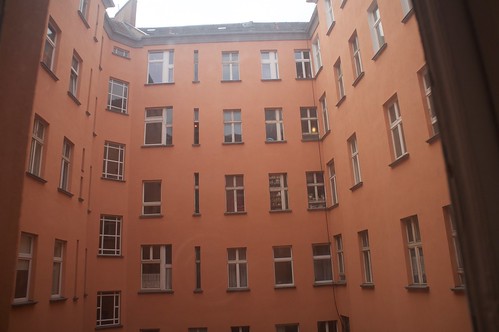 We left there and looked for our next place to live. I had been using Airbnb for about 6 months from Estonia and had no problems, so I didn’t have any worries this time either and headed to the next place.

Looking back, I was a little uncomfortable with the first communication.

I sent out a booking request for about a month and was successfully approved by the host, so I sent a message to communicate in detail. I asked questions in English as I could only use English. Then.

Host: “I don’t know what you’re talking about.

😀 <Seriously? So, you can’t speak English.

The host’s profile run was in Spanish, so I used Google Translate to translate it into Spanish and send the message. 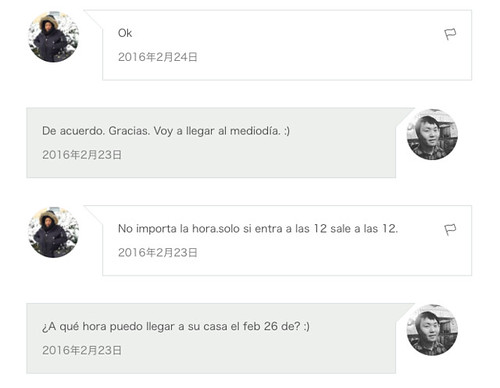 Thanks to Google, we were able to exchange a few things.

According to my host, she asked me to come over at noon on the day. I was relieved to have secured a place to sleep for a month or so, so I used the mytaxi app to get to the front of the house and dragged my heavy suitcase to the front door of my host’s apartment.

I arrived at the door at noon, as promised, and pressed the doorbell of my host’s house number from the list of numbers on the door.

I sent a message from the Airbnb app in a hurry, but there was no response from the host.

I had no choice, so I waited in a small park in front of the house for a few hours and pressed the doorbell again, but still got no response. 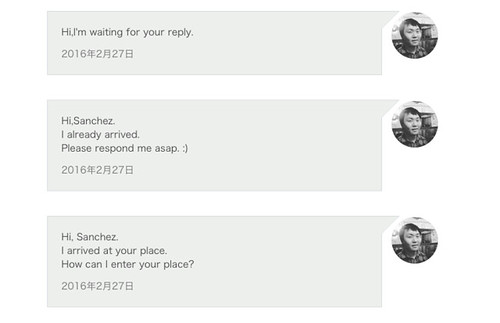 No reply to the message. I was at my wits’ end.

Neighbor Appearance. Listen to the story.

After a while, an old lady in a wheelchair and a girl pushing it approached the apartment.

😀 “Do you know this person? We’re supposed to stay here today on Airbnb.

I showed them the Airbnb reservation screen on my phone.

Then an old lady in a wheelchair looked at it and opened her mouth.

The old lady said, “Oh, she must be Sanchez.

Then the old lady told me the shocking truth.

The old lady said, “She flew back to my parents’ house in Cuba this morning.”

Old lady: “Yes, yes, she said she was going for about a week.

That’s right. What a surprise, our host (Sanchez), whom we were supposed to meet at noon, went back to Cuba on this morning’s flight. What a decision.

I thanked two of Sanchez’s neighbors who looked at me anxiously, and I began to think about my future plans.

What I had to think about at this point was

It was three things.

With my head spinning, I rushed to a nearby cafe with Wi-Fi. (The staff at the cafe was really friendly). .

Winter in Germany. It was getting darker and darker outside. I had to break the situation as soon as possible.

I ordered bread and coffee at the cafe and immediately connected my laptop to the Wi-Fi to send a message to Airbnb, but I couldn’t take my time waiting for a message, so I used my Skype credit to call Airbnb’s customer support. I managed to explain the situation in English and the customer support staff tried to contact the host, but there was no response (which is normal since the host is above the cloud.)

Even so, the communication was worth it, and Airbnb finally figured out the whole situation.

The remedy Airbnb has offered me was as follows. (This is my case, and not all of them are as good as this.)

Assuming I request lodging with all nearby hosts I can contact right now. 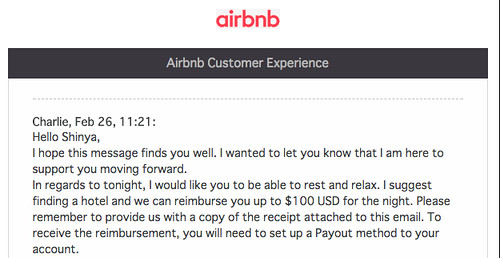 My impression of this is.

D: “Well, you can stay in a proper $100 hotel in Berlin with breakfast for free. The future is unpredictable.

After all, no matter where you are in the world, the last thing you can count on is your indomitable spirit. Whenever trouble arises, the horse is always the one to beat. You can take the plunge in seven different directions. You can’t get up for nothing, even if you fall. Thanks to the Cubans, I got $100.

When I think about it, my mind is completely changed from a few hours ago and I’m feeling rather cheerful.

I immediately booked a hotel on Expedia for just shy of the $100 limit (don’t forget to save the scrap of receipt) and used mytaxi to get to the hotel! (mytaxi: a German UBER-like thing; note that like Airbnb, UBER is not available in some countries) 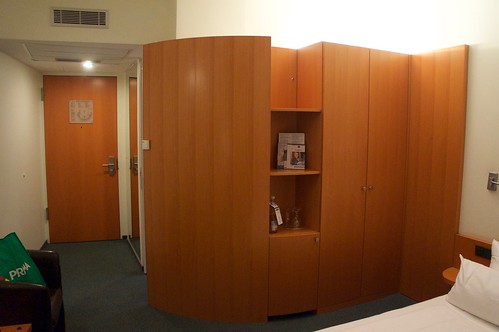 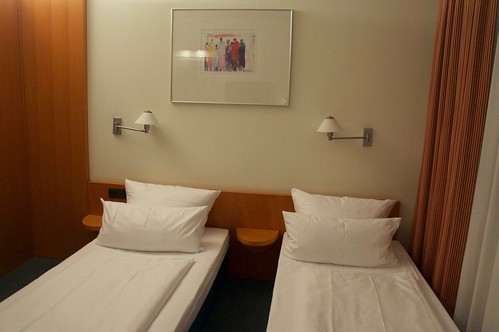 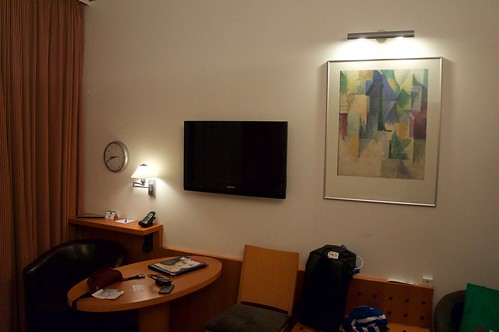 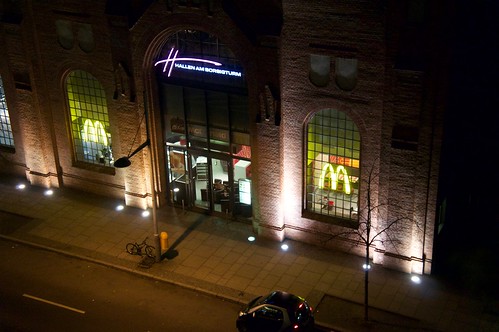 And at the same time, a notification on my phone. 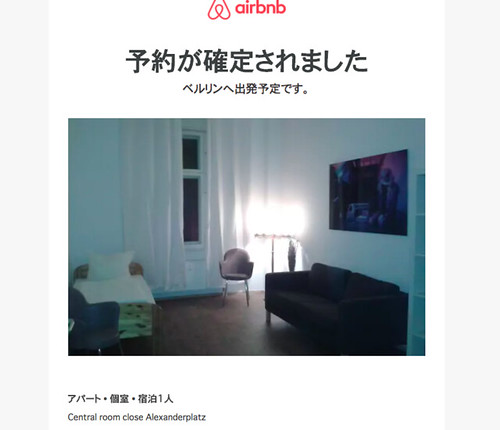 Oh my gosh, while I’m resting at the hotel, I also have an Airbnb residence for a month starting the next day!

We wondered what was going to happen when we got into trouble, but we managed it as a result. We even got to stay in a hotel with a buffet, which was unpredictable. 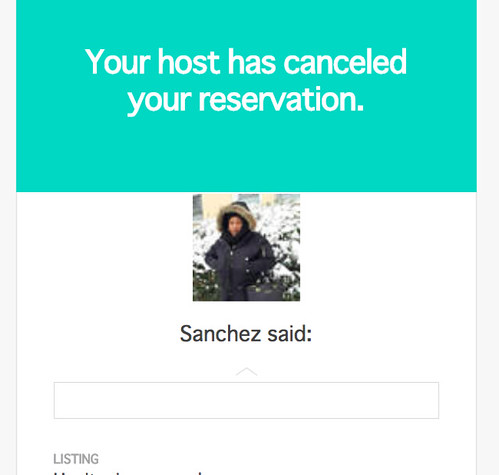 Anyway, that night I finally fell asleep in peace. And the next day, the three of us, a Frenchman and an Azerbaijani, were going to stay at the house of an Italian living in East Berlin. This was fun! I hope to write about it later. 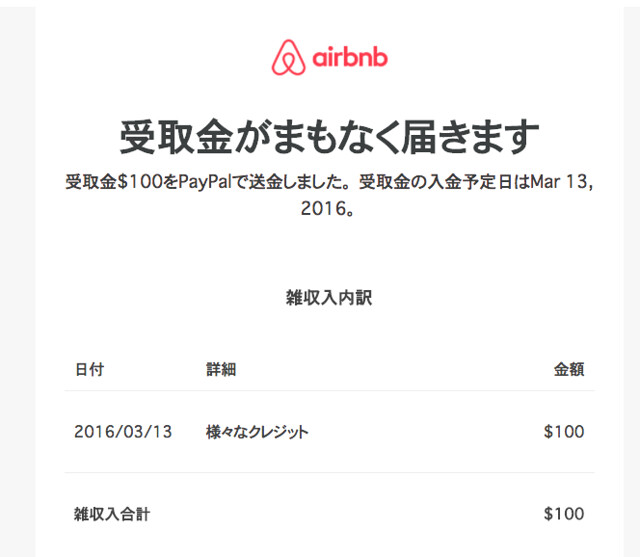 It was later properly transferred to Paypal for $100!

What we can learn from my Airbnb troubles

Later on, when I looked closely at the host Sanchez’s review, I noticed low ratings and cancellations by Sanchez. I hadn’t encountered any problems with Airbnb for six months before that, so I didn’t look at the reviews very often, and I regretted it. Then I decided to examine the reviews often. I read the reviews carefully and found that “the room is in the street and kids come in frequently.”  I decided to think of Sanchez as a Cuban genie who taught me a lesson. Besides, it’s a multi-cultural country, so there are a lot of different people and that’s what makes it interesting, Gracias Sanchez!

The lessons learned from the above events when using Airbnb

This may sound obvious, but it’s the land you don’t know, so be prepared to be careful. : D

What a great way to sign up for Airbnb from the link below.

And you! And I’m getting a voucher to use on Airbnb (← here’s the important part)!

With this coupon, you (and I!)can stay in the homes of hosts around the world on Airbnb! Staying in a local’s home is a dozen times more fun than staying in a hotel!